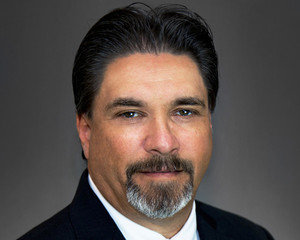 Mark Reisinger has spent his career engineering, supervising, and managing PKF projects, having started with PKF in 1988. Mr. Reisinger has managed many of PKF’s largest and most complex projects. Named Vice President in 2009, Mr. Reisinger continues in project and corporate management roles, including responsibility for PKF’s electrical work.

Mr. Reisinger graduated from Penn State University with a degree in Mechanical Engineering and immediately began his career with PKF. He has been with PKF throughout his 28-year career. Mr. Reisinger has excelled in varied roles, including engineering, estimating, supervising, and management. He was the mechanical superintendent of the critical Tri-County NJAWA design-build project. As a manager, Mr. Reisinger has led such important projects as the NJTA Driscoll Bridge Widening, independent upgrades for the City of Trenton’s Water Filters and Superpulsators projects, NJDOT Route 46 Dover Interchange, Middletown WWTP, CCMUA WWTP, and currently the NJDOT 295/Route 42 Direct Connect Project. Mr. Reisinger has been a key participant in all of PKF’s committees and was promoted to the Executive Committee in 2005.

Following his promotion to Vice President in 2009, Mr. Reisinger has assumed additional corporate management responsibilities, including oversight of all electrical work.