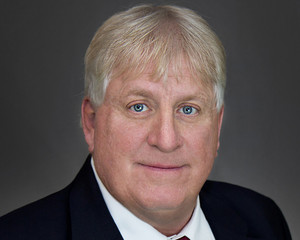 Larry Keough has led many of PKF’s largest projects in his 33-year career with PKF. He was named to the company's important Executive Committee in 2000 and to Vice President in 2009. In addition to continued leadership on multiple large projects, Mr. Keough also leads our craftsperson hiring and foundation/marine efforts.

After graduating from Drexel University with  a degree in Structures/Soils Engineering, Mr. Keough joined PKF in 1983. Mr. Keough has progressed in his career with PKF through multiple roles including engineering, supervision, and management. He has led many of our largest projects, including superintendence of the NJTA Driscoll Bridge Widening, Two Rivers Water Reclamation Authority’s Treatment Plant Upgrade, NJDOT Route 29 Trenton Tunnel, and management of such critical projects as the NJTA Pile Rehabilitation/Underpinning, and the NJTA Widening Projects at Interchanges 7A and 8. Currently, Mr. Keough continues his project leadership role with the PADOT 95/PA Turnpike Interchange Project, while also leading in numerous aspects of PKF’s operations.